OG Kush Autoflowering is the outstanding autoflowering version of OG Kush, one of the most requested cannabis seeds in the whole American west coast. With this automatic strain, at Dinafem Seeds we have managed to keep intact the organoleptic nuances for which our beloved OG Kush has become the strain of the decade, and have added all the advantages of autoflowering genetics to her, giving way to a plant that is ready for harvest in just 80 days from germination.

Morphology
OG Kush Autoflowering is an autoflowering marijuana seed that reproduces, in a smaller size, the morphology of the feminised version, giving way to vigorous Indica-shaped compact plants with short internodal spacing. Her manageable size makes her perfect for growing indoors or outdoors in reduced spaces such as on balconies or terraces where discretion is a priority.

Aromas and flavours
One of OG Kush Autoflowering’s greatest assets is certainly her amazing flavour, exactly the same as the original plant. She presents a strong Kush taste with hints of lemon, petrol and pepper.

Effects
The high delivered by OG Kush Autoflowering is Indica-like, that is, potent, physical and long lasting. But be careful because it also has some Sativa nuances that provide a very interesting cerebral touch, making the whole experience much more balanced. If we had to tell the perfect moment to consume OG Kush Autoflowering, that would be a relaxing evening barbecue with friends on the beach.

Cultivation
OG Kush Autoflowering is an extremely vigorous cannabis plant that requires very little attention. That’s why she’s so suitable for inexperienced growers. Her autoflowering nature is a great asset if you live in regions with humid climates and short summers. With a life cycle of 70-80 days, she could be grown outdoors making the most of the hottest and longest days during the hot season, thus avoiding the autumn cold. Don’t forget that, due to her Indica dominance, moisture is OG Kush Autoflowering’s kryptonite because her incredibly dense and compact body takes long to get dry. The good news is that autoflowering genetics’ growing so fast means they’re less likely than their photoperiod sisters to be affected by fungi and plagues.

As one would expect from an autoflowering, OG Kush Autoflowering is a real sprinter that only needs to be provided with an adequate diet and the largest possible number of hours of daylight to show her full potential. If you’re cultivating indoors, use a 20/4 light schedule from the very beginning and stick to it during the whole life cycle. She’ll flower when she’s ready.

In order to make the most out of OG Kush Autoflowering, we recommend using pots of at least 10 L and at most 20 L, if you’ve got plenty of space. The substrate must be well aerated too so that roots can absorb all the available nutrients. For doing so, you just have to add 1/3 of coco coir to it. To conclude, you have to water frequently but sparsely making sure there's no standing water. 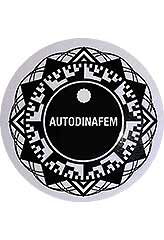