.When launching a variety with hopes of super yield, it would be a mistake to overlook the issue of flavour (something that growers frequently complain about).

This was the original idea behind Big Band, which is a cross between a Bubblegum, selected for its predominant flavour and aroma, and a Chronic male (both from the Serious Seeds bank).

The cross had a bubblegum flavour but with an fermented aftertaste and the typical structure of an indica, with a large central bud and sparse branching in the lower parts.

We used the reversed pollen of this variety to pollinate one of our fruitier Black Domina mothers, obtaining a hybrid with greater branching in the lower parts, with a predominance of indica and fairly rapid flowering.

This hybrid also outperforms its predecessor in terms of both yield and flavour — now definitely one of this variety’s plus points. It tends to stretch out a lot when growing, although without growing to a very great height.

It is precisely this vigorous growth that makes it an ideal variety for selecting a mother. It produces long, healthy cuttings, which, if pruned adequately, will grow by the dozen within a short time of making a cut.

Outdoors the plant is unlikely to grow any taller than 1.80 m, but you should use a support system to prevent the large central bud and heavy side branches from bending too much.

It is a plant that is very easy to grow, since the variety is robust and highly resistant to all kinds of pests.

It produces compact flowers with an excellent calyx-leaf ratio. From the fourth week of flowering the resin is already very abundant and it will end up covering all the buds and surrounding leaves. It forms numerous clusters of flowers that harden when first fed with P-K.

Indoors, excellent results are obtained growing in five-litre plant pots, with coconut and a drain-to-waste drip-watering system. The plants should grow no taller than 60-70 cm for an abundant yield. The flowering cycle ends after 58-61 days.

Outdoors, you should be ready to harvest by the end of September, so avoiding the first rains of autumn.

When smoked, the first few tokes produce a deep, heavy feeling, which is then transformed into a state of relaxation. Ideal when you’re stressed out. The tangy strawberry and lemon flavour sticks to your palate to leaving a strong flavour of fruit gums. 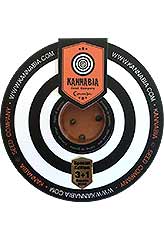